Home » Do Cornrows Come From Africa? 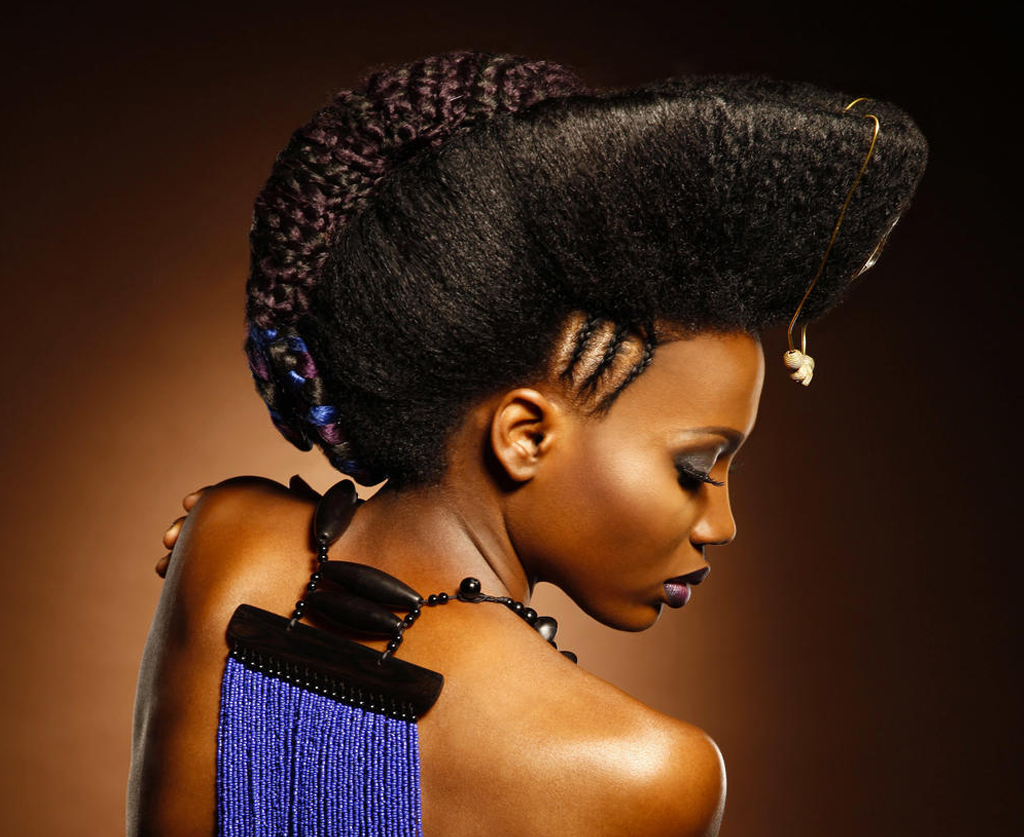 Do Cornrows Come From Africa?

The article about boxers’ braids in the French magazine, “Paulette”, created a strong reaction among some readers, outraged at the statement that cornrows were created by boxers, and simply denying their African history of braids. And what a surprise to see that among the photographs chosen to illustrate the subject, the edition only chose white models. As if cornrows were only acceptable on Caucasians … That was not the purpose of Paulette’s, one suspects, but some have read it as a contempt for the cornrows worn by black women.  Seeing cornrows in all the fashion magazines, usually being worn most often by western models, means that they are saying this hairstyle has an aesthetic value only on white women.

However, hair braiding is an integral part of African culture. It is an art handed down from generation to generation, and is a mode of transmission.

A brief history is necessary to demonstrate the ancestral character of cornrows in African culture.

Cornrows, unlike braids, are a hairstyle in which hair is very close to the scalp, and can form a geometric design, like cross roads or paths formed in the grain fields (this is where the American name “cornrow” originates from). It is often called an “African braid.”

Cornrows differ from the “braid,” which is formed by interlacing three strands that are hanging from the scalp. The braid is itself part of other hair cultures like the Vikings, Native Americans, and Chinese.

Cornrows seem to be the oldest hairstyle of humanity. Indeed, the Venus of Brassempouy and the Venus of Willendorf are two statuettes dating from approximately 22,000 years B.C ; both represent a woman with braided hair. When we observe prehistoric art and in particular female statuettes called “Venus” dating from the Gravettian period (between 29,000 and 22,000 before present) and discoveries in Europe, we are struck by their similarities to Africa. Today, most prehistorians have come down on the side of the theory that these figures have braided coarse hair, although some continue to propagate the qualifier “lady in the hood” to name this kind of portrait of Gravettian era. All Venus figures with hair have coarse hair.

This type of braided hairstyle spread from the Nile Valley.

Nubians, Egyptians and the ancient Hebrews first adopted hair styled with thin dreadlocks, while part of the black population preferred to shave their hair, including the Egyptian priests and women of Maasai origin. Others used the hairstyle called “Afro” or even the so-called “gradient” which recalls the Ramses helmet.

Subsequently, this type of hairstyle would spread throughout the rest of Black Africa. Braided hair showed the wearer’s caste, different life events (wedding or bereavement) or social rank.

The other historical traces, concern the first great African civilizations like ancient Egypt, where the hairstyle symbolized the social rank. Men and women wore different types of hair braids: cornrows or simple braids. They were often ornamented with gold thread and other refinements. At that time, hair was granted special care like scented oil and lotus flowers. Thus, the proto-dynastic king in Tera-neter, of the country Kemet (ancient Egypt) wore his hair arranged in braids. This type of braided hair was then observed in many castes of the Egyptian-Nubian population (scribes, pharaohs, craftsmen) and in women.

The different types of Braids

There are an incredible variety of braids according to African countries: they may differ in size, like these young women in Namibia:

Or these young girls from Congo Brazzaville in 1940:

Another distinctive hairstyle is the hull, as seen among women of Mangbetu, Congo and Uganda where the skull is deformed to be elongated. The Mangbetu bind the baby’s head in tight cloths before bone growth for a year, giving them a very elongated skull, a sign of beauty and intelligence. The origin of this practice dates back to ancient Egypt, as seen on the famous Mangbetu harp. We have also found this practice among the Fang of Gabon, and the Azande – cousins of the Mangbetu.

The conical headgear of Zulu women, who also inspired the look of Lupita Nyong’o

The combination of hair braided with checked patterns and extended by braids as seen on this young dancer from Brazzaville in 1940:

Note also the complexity of braids, often with ornamentation that goes against the stereotype that African braids were only for practical purpose. There is an art of braiding in Africa.

Here are examples of very elaborates hairstyles, like this Fulani girl in Sudan in the early 20th century, with shells and corals as ornaments.

Among the girls of Guinea, the complexity of their hair beautifully contrasts with the simple status of these girls.

Let us look now at how these influence African hairstyles today, including those of Caucasian women.

… We can see how Bo Derek did not invent these braids but was inspired by this kind of ancestral hair.

The bun of Sarah Michelle Gellar

Doesn’t it remind you this Wolof girl of Senegal?

Let us add that the popularity of the braids does not date from today.

Cornrows were recently honoured by the American artist Shani Crowe with “Braids”, which is is a series of photographic portraits and videos highlighting the beautiful and profound aspects of hair braiding – a discipline that Shani Crowe considers an art in itself.

For her works, Shani Crowe draws upon the braiding style of African American women of the 60s, as well as various existing braids from each region of the African continent. This is a way for the artist, to honour her cultural identity. This is a great initiative that we would like to see more often from Afro-American celebrities or black models who prefer their weave or relaxed hair.

Note also the approach of Beyoncé: she opted for braids for the first birthday of her daughter Blue Ivy, for Thanksgiving in 2012, and also during her trip to Cuba with her husband Jay Z. In her latest video, “Formation,” and in her performance during the Super Bowl 2016, Beyoncé claimed loudly her African-American identity. The singer put her words forward by posing on the cover of the March issue of Garage Magazine, an English magazine dedicated to art, wearing braids recalling her debut in Destiny’s Child.

Jada Pinkett-Smith, Ciara and Alicia Keys were also spotted with cornrows on the red carpet but this remains uncommon.

Sorry, the comment form is closed at this time. 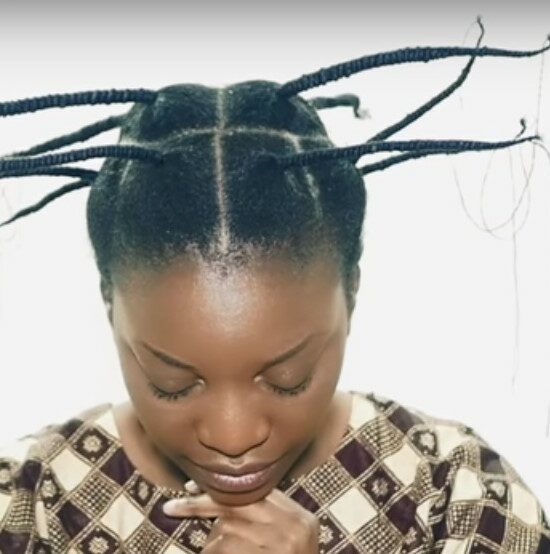 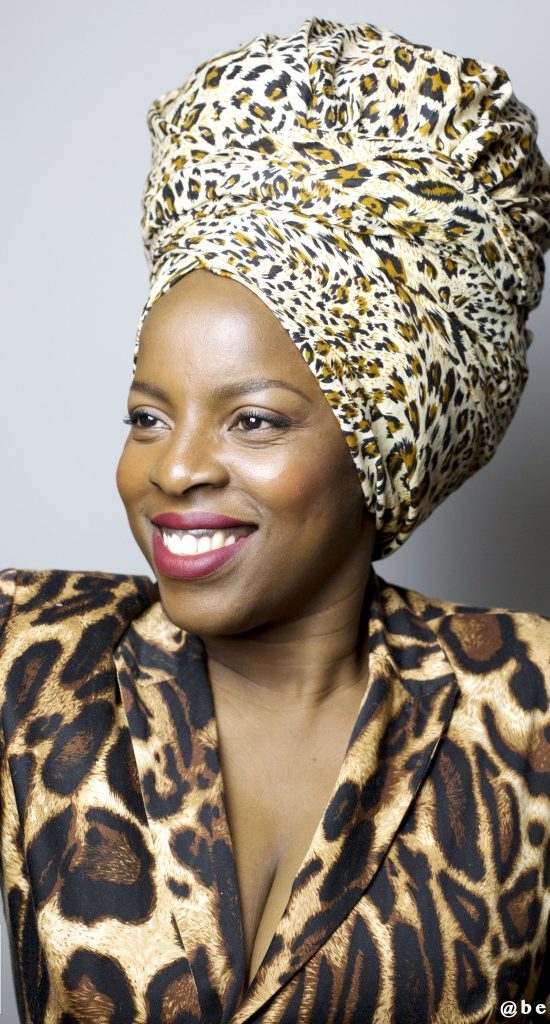 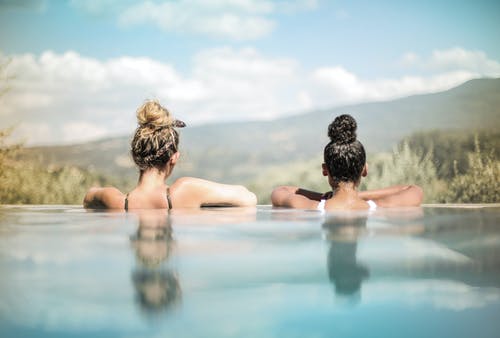 Protecting your Natural Hair from the Sun, the Sea, and the Swimming Pool